The Voice of The People

Vox Pop is an abbrevation of the Latin phrase Vox Populi meaning the voice of the people, and the opinion of the man & woman on the street.

We don’t need MPs to represent us now we can represent ourselves.

In pre-internet times, it made sense to elect one person to represent our views in the House of Commons, but technology has moved on and direct democracy is now a real possibility, where everyone’s voice can be heard.

In theory, Members of Parliament should gather at Westminster to represent their constituents’ interests but, in practice, many follow their party-line to advance their political career.

The House of Commons costs around £400 million per year to bankroll 650 MPs which is an unnecessary expense when we can convey our wishes ourselves, instantly, using modern technology.

Vox Pop aims to put the British public at the heart of the country’s decision-making.

Vox Pop is a registered political party with the Electoral Commission.

The Voice of The People

The electorate are trusted to make the right decisions when voting in general elections and referendums so we can be fully entrusted with voting on all policy issues too.

Secure online systems are in place for submitting tax returns and other sensitive information to government so the structure for secure online voting already exists.

to put in place systems and structures to enable the voice of the people to become the main system of decision-making in government;

to implement online voting procedures so the electorate can decide on all issues of government policy by majority vote;

to establish an online platform for members of the public to suggest policy which, if endorsed by a percentage of the electorate in the region which will be effected by the policy, will be put to a public vote online;

to eradicate the current political system of middle-managers (MPs) and remove the associated expenses of the House of Commons;

to enable the public to vote on issues relevant to their region, whether nationally or locally;

to introduce legislation to implement Vox Pop’s aims of an online democracy as well as to safeguard the electorate’s right to vote without pressure, duress, bribery, threat of violence, threat of financial penalty, or any other involvement which would seek to influence a free vote. 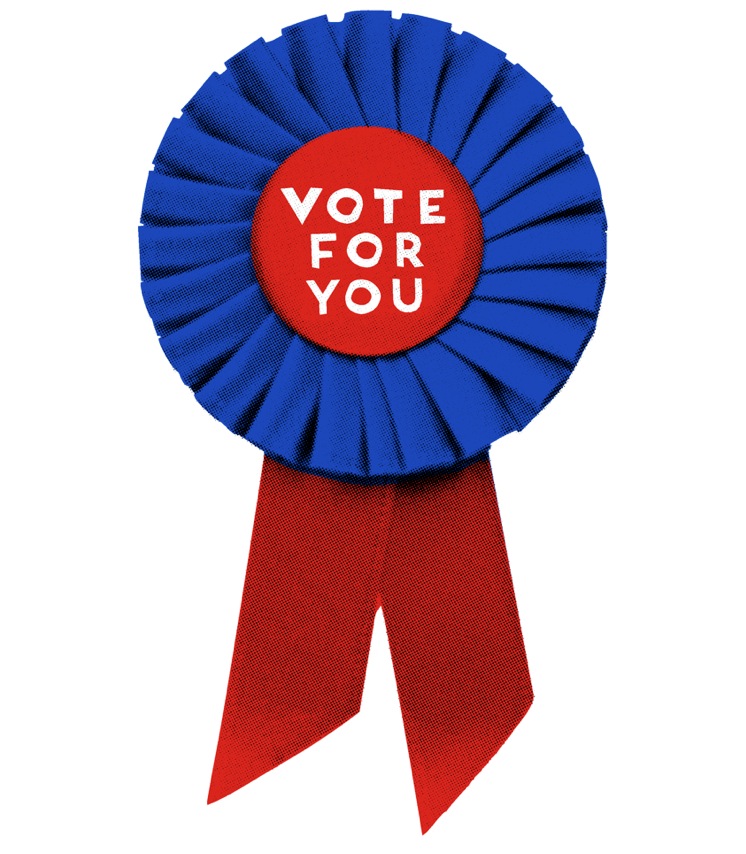 All elements of government policy to be decided upon by the electorate via an online voting system to be established by a Vox Pop government.

Each eligible member of the electorate will be issued with a secure username and password to access the Vox Pop government online voting system. This may be integrated with an existing online secure government system, such as the HMRC site, to save set-up costs.

Policy proposals should be in the public interest and non-discriminatory so no submissions that are purely for personal or corporate gain, financial or otherwise.

Once a proposal has reached a sufficient number of endorsers, the policy proposal will be fully researched by a new body to be established within the Civil Service. They will compile the parameters of the policy along with the estimated cost and/or income, and present short films of each vote option, along with more detailed reading materials. The electorate will be able to view both sides of the issue, via the online voting platform and on a public service broadcaster, before casting their vote online.

Once an issue has been voted on and a decision made by the electorate, the same, or slightly-modified, issue, can not be put to a vote again for a minimum period of time, as decided by the electorate at the time of voting, so as not to bother the public with the same issue too regularly and to allow time for the policy to take effect.

The existing Civil Service will be responsible for enacting the decisions of the electorate, with a new oversight body established to manage online voting procedures and ensure new legislation and policy enactment adheres to the spirit of the public’s decisions.

Budget options will be presented to online voters which detail current levels of government income and expenditure and each member of the electorate can submit their amendments. Using an interactive system, for each income cut or increase, the relevant expenditure deficit or surplus will be detailed until online voters are happy with their amendments and can submit their vote, which will be used to calculate the averages across all online votes and implemented as economic policy.

To maintain a fair and free vote, it will be a criminal act for companies, media, organisations, individuals, and other entities to try to persuade, apply pressure, lobby, bribe, or threaten (which includes, but is not limited to, the loss of employment, financial penalty, or violence) or otherwise influence any member of the electorate to vote in a particular way.

Outreach methods will be established to ensure the offline electorate participate in the democratic process, with proposals such as voting stations at local council-run locations, or providing offline members with a customised device, for online voting only, to be decided by the electorate.

In general, people aren’t exclusively red or blue in their political outlook. Only card-carrying members subscribe to all of one party’s policies. Most of us appreciate a mix of ideas from various sources but the current system doesn’t accommodate a balanced agenda that reflects the will of the people.

Until Vox Pop has secured a majority government to put online voting in place for the entire population, each Vox Pop MP will vote in the House of Commons according to the wishes of their constituents who can decide via online polls.

Whilst the political classes may wish to hold on to the perks of power for as long as they can, Vox Pop believes that real democracy, which puts the public in charge of policy, is inevitable.

It may take some time to reach true democracy but you can join us on the journey and help to spread the word to as many people as possible.

The only way Vox Pop will be able to work towards the aim of establishing a real direct democracy is through your donations.

Political parties rely on donations and party membership subscriptions to raise funds and Vox Pop is no different.

If you’d like to help Vox Pop make the steps towards making the voice of the people heard, please donate as much as you feel able to here.

You can donate via your PayPal account or with most credit cards.

Vox Pop can only accept donations of over £500 from individuals on the electoral register in the UK (excluding the Channel Islands and Isle of Man) or companies currently trading in the UK and registered with Companies House. Donations over £7500 will be published by the Electoral Commission.

Under the Political Party Elections and Referendums Act 2000 (PPERA) you must be on the electoral register in the UK excluding the Channel Islands and the Isle of Man in order to make a donation of more than £500.

If you donate more than £7,500 to the Party, we are obliged under the Political Parties Elections and Referendums Act 2000 to report such a donation to the Electoral Commission, who will publish the fact that you have made a donation over £7,500. For more information, visit ElectoralCommission.org.uk

VOX POP reserves the right to not accept a donation or application for membership. 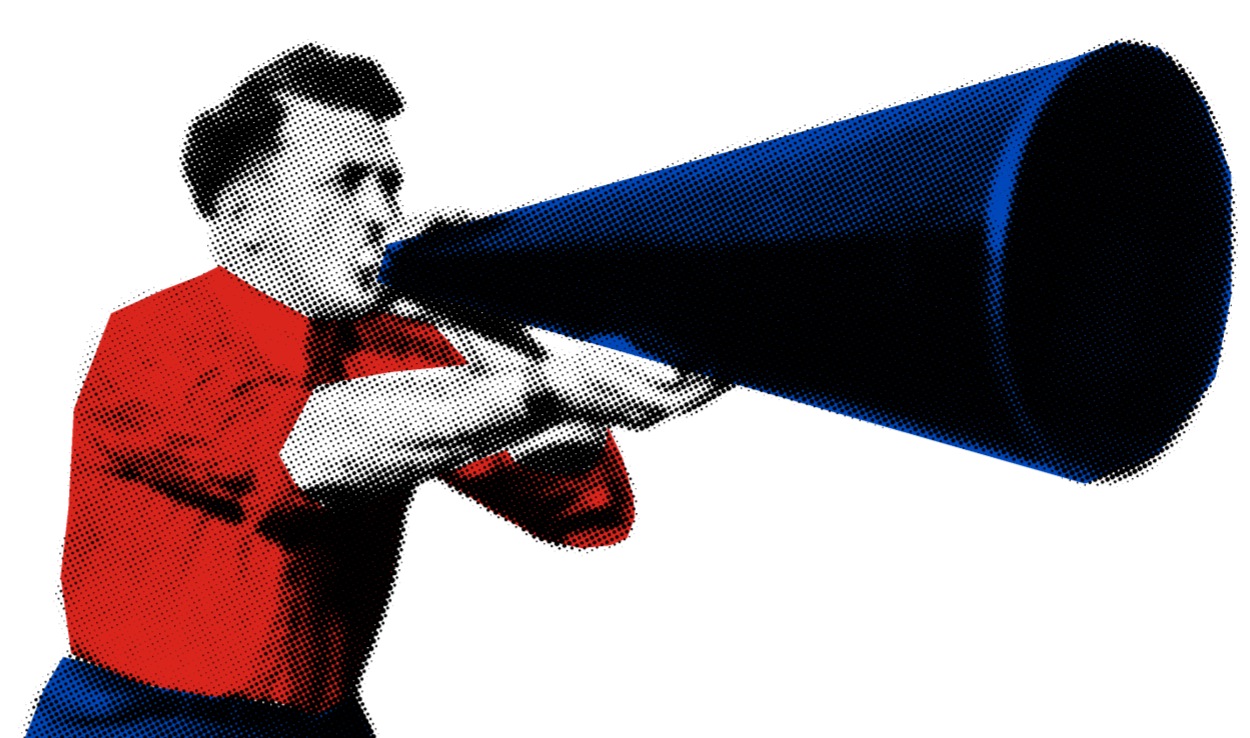 Sign up to the newsletter for Vox Pop news.

Your email address will only be seen by Vox Pop and you can unsubscribe from the newsletter at any time.

Support Vox Pop by placing one of these banners on your site.

Inspired to get involved? Make your voice heard by volunteering to spread the word about Vox Pop; become the Vox Pop candidate to stand in your local constituency; or get in touch with any other ideas for helping Vox Pop be heard. 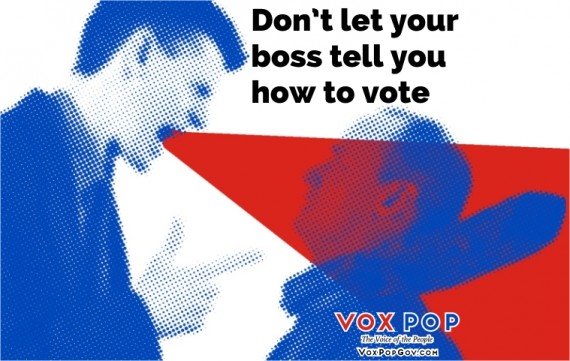 Vote how you want, not how your boss tells you to. 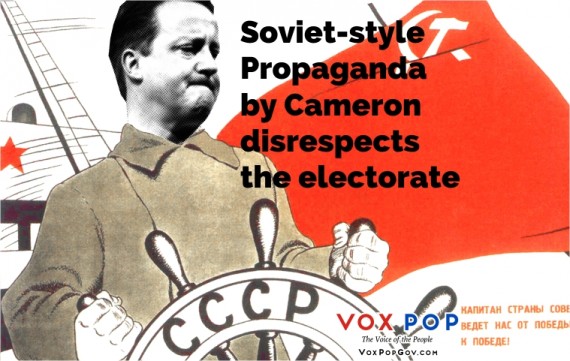 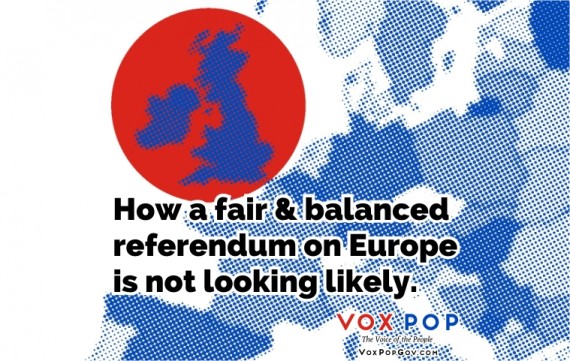 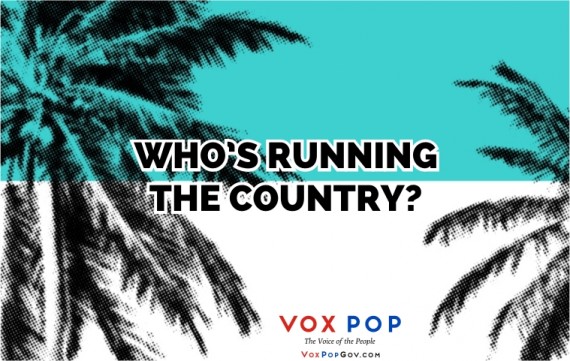 MPs are all going on a Summer Holiday 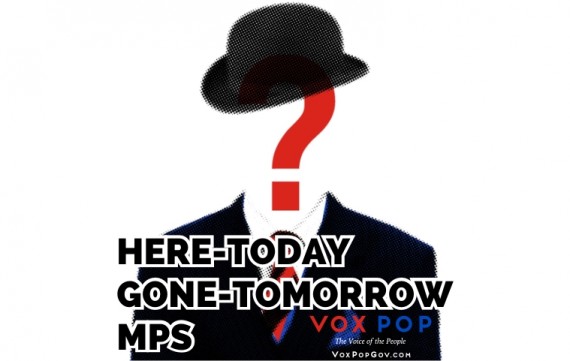 There’s no accountability with representative government 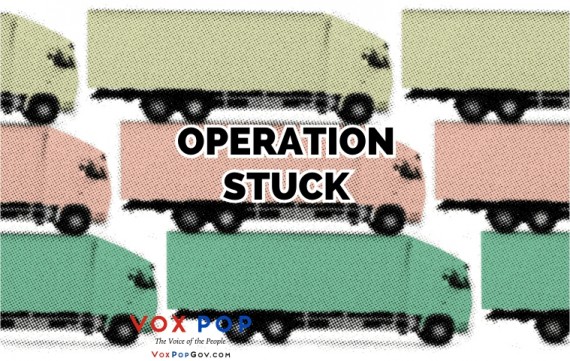 When, or if, they do react, MPs can often make a situation worse.