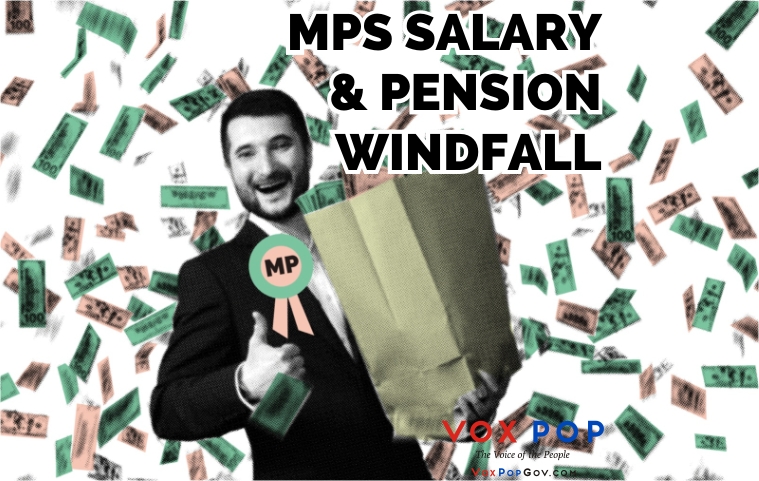 Despite major welfare cuts being pushed ahead, MPs are set to reap a windfall of increased wages and larger pension pots.

The official government opposition is currently distracted by their dowdy version of X-Factor to select a new leader. This means that we, the public as a whole, are not being represented in Parliament and the Conservative government are being left unchallenged to drive through their austerity plans.

Austerity is not a two-way street however and MPs will not be tightening their belts. The decision to increase MPs pay has been cleverly passed to a so-called “independent” body called IPSA, so MPs can publicly state they disagree with the windfall yet pocket the money with impunity.

The wages bill of MPs is estimated to hit around £50 million a year, and that’s before expenses. Once the golden handshakes and extras are factored in, the total cost could be a whole lot more, with additional pension contributions estimated at £15 million alone.

MPs receiving a 10% pay increase at a time when they are advocating that public sector workers should not receive increases of more than 1% smacks of hypocrisy.

Them and us indeed. They seem to consider that they’re above being described as public sector workers yet that’s what they are – it’s taxpayers money that’s funding their lifestyles and property portfolios.