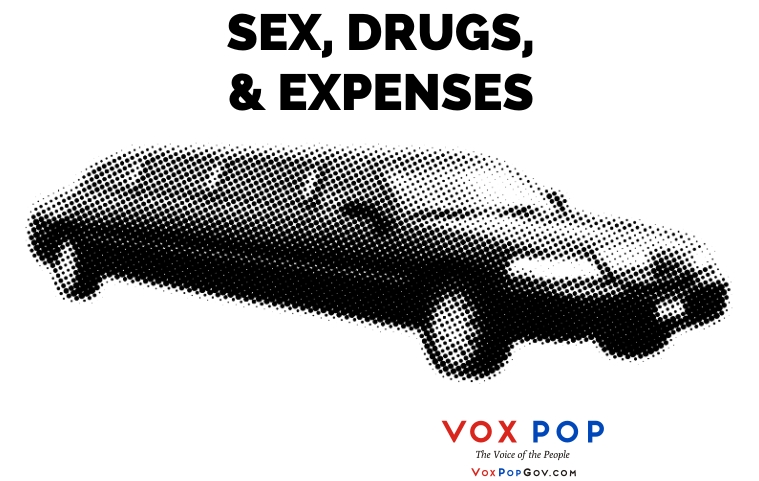 Some say that politics is showbiz for ugly people but must our politicians try to prove this true by hiring bling vehicles and partying hard like a rock star on tour?

After the expenses scandal broke in 2009, politicians felt that they’d better look as if they were doing something to address public anger. Their solution was to scapegoat the previous speaker of the House of Commons and to replace Michael Martin with John Bercow.

Bercow was selected by MPs to indicate that they were clamping down on expenses yet this week we’ve learnt that the Speaker has been squandering taxpayers’ money on outrageously expensive meals and car journeys. One such journey cost £172 yet the same distance covered in a London black cab would have been under £10 (including tip).

Even with the recent rule changes that stopped MPs claiming mortgage payments but allowed rent charges, they can now rent their properties to each other which means taxpayers are still essentially paying for MPs to build up their property portfolios.

In the same week, (now dead) Conservative MPs have been named in connection with a paedophile ring’s “parties” at Dolphin Square. The fact that no living MPs were named this week demonstrates how protected MPs are from the reach of the law whilst they’re alive and that victims are unlikely to see justice in their lifetimes.

The Labour peer Lord Janner was initially not going to face historical abuse charges as he was deemed to be suffering from dementia, yet he seemed perfectly capable of speaking in the House of Lords and passing judgement on legislation. Following public outcry, the decision has been made to pursue a case against him but, even then, it won’t be a full prosecution but a “trial of the facts”.

Another peer, Lord Sewel was caught on camera this week partaking in a white powder and apparently engaging sex workers in an undercover investigation by The Sun newspaper. Like the undercover filming of Kate Moss previously, charges may never be brought unless The Sun kept a sample of the white powder, but Sewel had no option but to resign.

Scandal after scandal at Parliament, all at our expense and with the perceived protection of the establishment, yet we, as a country, keep funding this bad habit of “representative” democracy – how many more before we remove all politicians?