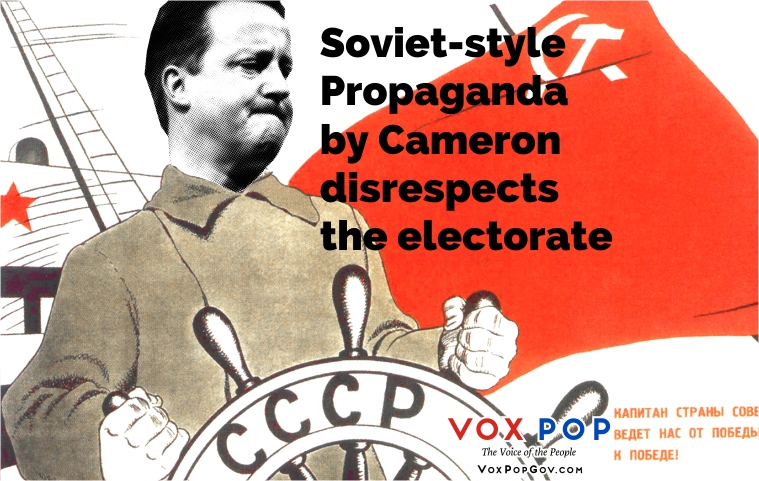 Vox Pop is all in favour of holding a referendum to allow the public to decide policy but only when it’s a fair and balanced proposition that allows us all to see the full facts. Regardless of whichever way we may think we’re going to vote in the referendum, wouldn’t it be fair to have the full details to make an informed decision?

The civil service, who you would think by the very nature of their name would be in place to serve the public’s best interests, have been instructed by Cameron to not allow Euro-sceptic MPs access to government documents.

Firstly, what does Cameron want to hide that he feels the need for this diktat and, secondly, since when did running a referendum without the full facts serve the British public?

Whatever way you might think you want to vote in the referendum, the fact that information is being kept hidden is a worrying sign and demonstrates the contempt with which politicians regard us, the public, when it comes to decision-making. We may well, as a country, decide to remain or leave the European Union but right now the public has to make the decision on gut-instinct rather than actual facts which are being kept hidden from us.

Cameron buckled under the pressure of his backbenches to avoid a Conservative party rift to allow a referendum on Europe but, as it’s becoming clear, only if the terms of engagement mean he gets the result he wants without allowing us the respect to know how to come to our own conclusions when presented with the facts.

Instead we get scaremongering and Soviet-style propaganda with Cameron instructing the machinery of government to lock down the facts.