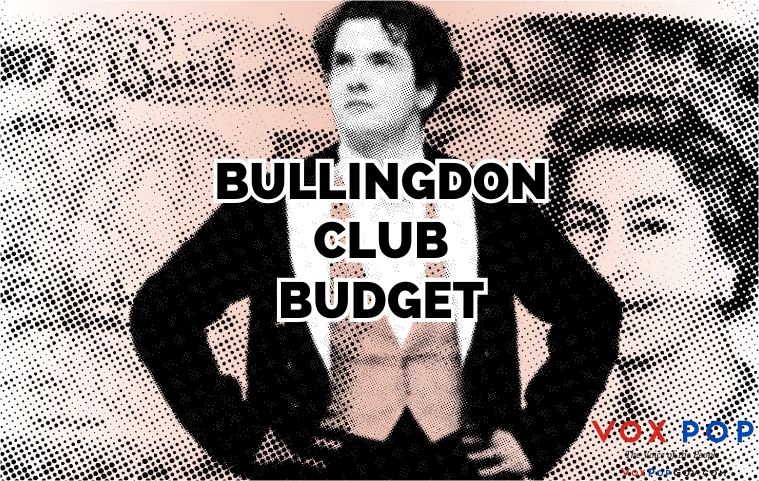 What job would you immediately think of which would be suitable for the son of an artist and fabric designer? A man who studied Modern History then wanted to be a journalist? Probably not Chancellor of the Exchequer but that’s what George Osborne has become.

Like they say, it’s not what you know but who you know, especially for the Bullingdon set.

What qualifies one man to take control of the whole country’s purse strings? It takes a certain level of arrogance to believe that their financial planning skills are better than anyone else’s.

Perhaps George has a team of advisors to help in writing the budget (and maybe one of them even has a degree in economics) but even then, what level of self-importance must it take to think that one small group have the right economic model?

The current government have taken the 2015 election result as a thumbs-up to their austerity plans despite securing votes from only 24% of the electorate. That’s over 75% of everyone eligible to vote that didn’t want a Conservative government.

With the budget statement later today, George Osborne is expected to continue his Bullingdon Club economic plan of helping out the rich with tax cuts and favourable corporation rates whilst simultaneously cutting funds which should help the poorest.

For one man to decide the financial futures of the entire population is so far from being democratic that it’s akin to a dictatorship. Under the Vox Pop system of government, economic policy proposals can be submitted by any member of the electorate for others to endorse or not.

Vox Pop believes that the electorate as a whole is better placed to make decisions for the country’s financial wellbeing and that, by doing away with MPs and putting us in charge, crowd-sourced policies would be balanced and with the backing of the country.

To reach this goal, we need members to volunteer to stand as candidates at the next general election and, most importantly, we need donations to fund the workings of a new political party and to spread the word about our truly democratic model to as many people as possible.