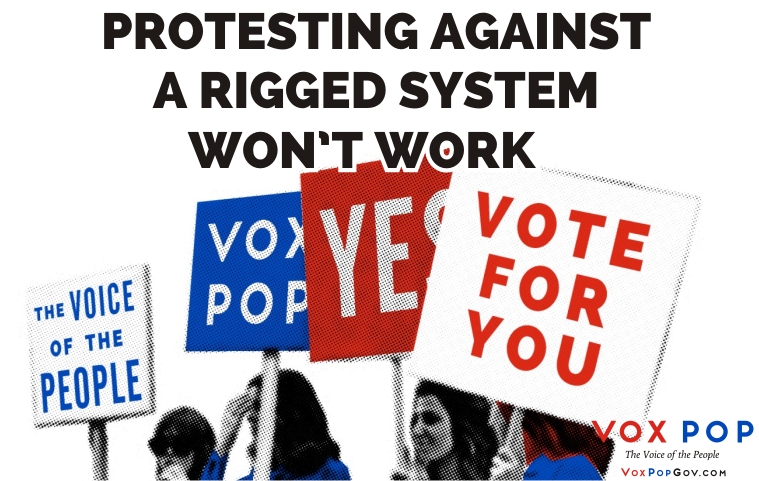 It’s estimated that over 250,000 people marched against the Conservative government’s austerity programme last weekend. That’s a lot of people with genuine dissatisfaction against the result of the 2015 general election but the Conservative’s maintain they have a mandate from the electorate to push forward with their manifesto.

It’s not just the Tories that feel comfortable ignoring the will of the public. An estimated million people marched in London during February 2003 but this didn’t stop Tony Blair and the Labour government taking us to war with Iraq.

The current electoral system is constructed to guarantee that we have no real choice: you can choose one set of career politicians wearing blue rosettes, or the other set wearing red ones. Either way, they’ll ignore public sentiment and make unilateral policy decisions to further their own ideological and personal agendas.

Marching against austerity achieves the same outcome as having a tantrum at a casino slot machine that didn’t give you the result you wanted – it might feel better to get things off your chest but the rigged machinery stays in place and can easily ignore you.

Just like a casino in Vegas, the House (of Commons) always wins.

All without having to knock up a placard.